Potential for life is higher than ever on TRAPPIST exoplanets, researcher says

(CNN)A year after the discovery of seven Earth-size planets orbiting a star 40 light-years from Earth was announced, astronomers are revealing more details about the potentially habitable exoplanets.

Observations were made using the Hubble Space Telescope. Four separate papers detailing the new findings were published Monday in the journals Nature Astronomy and Astronomy and Astrophysics.
The TRAPPIST-1 planets are so named because they orbit the ultracool red dwarf star TRAPPIST-1. The name comes from Trappist monastery-brewed Belgian beer, a favorite of the astronomers who discovered the planets. 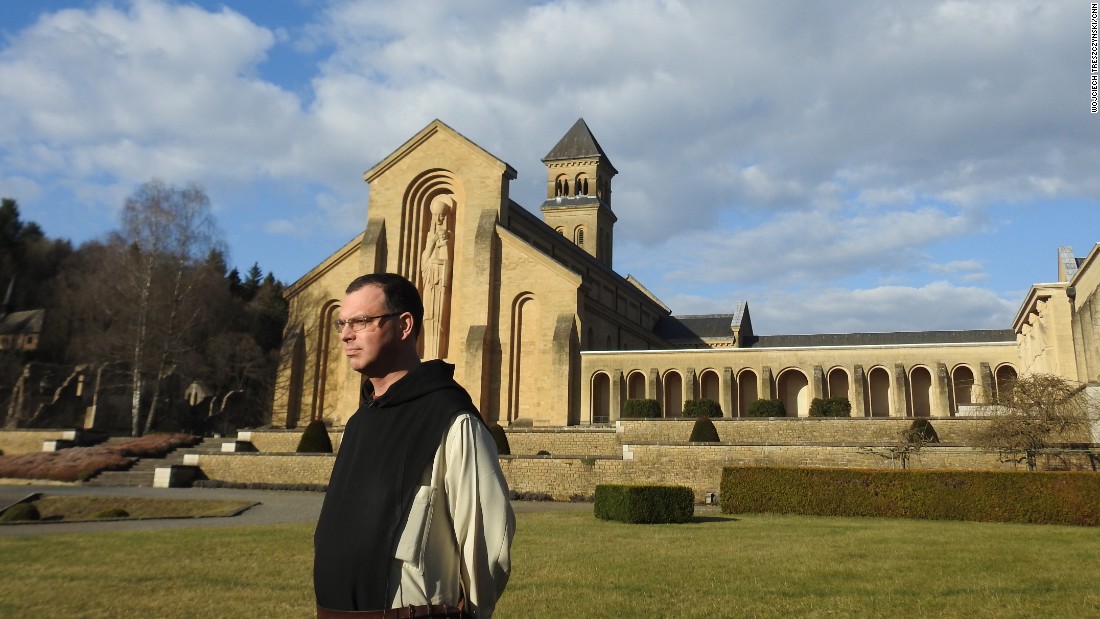 The TRAPPIST system is now the most studied planetary system outside of our own and has some of the most important hallmarks for finding life outside our solar system. Although 40 light-years doesn’t sound too far, it would take us millions of years to reach this system. But from a research perspective, it’s a close opportunity and the best yet to search for life beyond our solar system.
“This scenario is very close to pure science-fiction, or pure fantasy,” Michaël Gillon wrote in an email. He is a study author, astronomer at the University of Liège in Belgium, and discoverer of the planets. “And still, TRAPPIST-1 does exist!”
The new details increase the chance of some of the TRAPPIST planets are habitable. But first, a refresher.

What are the TRAPPIST planets?

Gillon shared these reminders:
TRAPPIST-1 is a compact planetary system composed of seven terrestrial planets similar in size to Earth. Their composition is probably much richer in water than Earth’s. These planets form a complex “chain of resonance,” which is to say that their orbits are related by simple mathematical relationships.
The star itself is an “ultracool dwarf star,” the coolest and smallest kind of normal stars; it’s barely larger than Jupiter, and its mass is 9% that of the sun.
As are most very-low-mass stars, it is pretty active, and its emission of X-rays and UV rays could have a negative impact on the long-term survival of atmospheres around the planets.
The system is probably older than our solar system. The planets are so close to each other and the star that there areseven of them within a space five times smaller than the distance from Mercury to our sun. This proximity allows researchers to study the planets in depth, gaining insight about planetary systems other than our own. 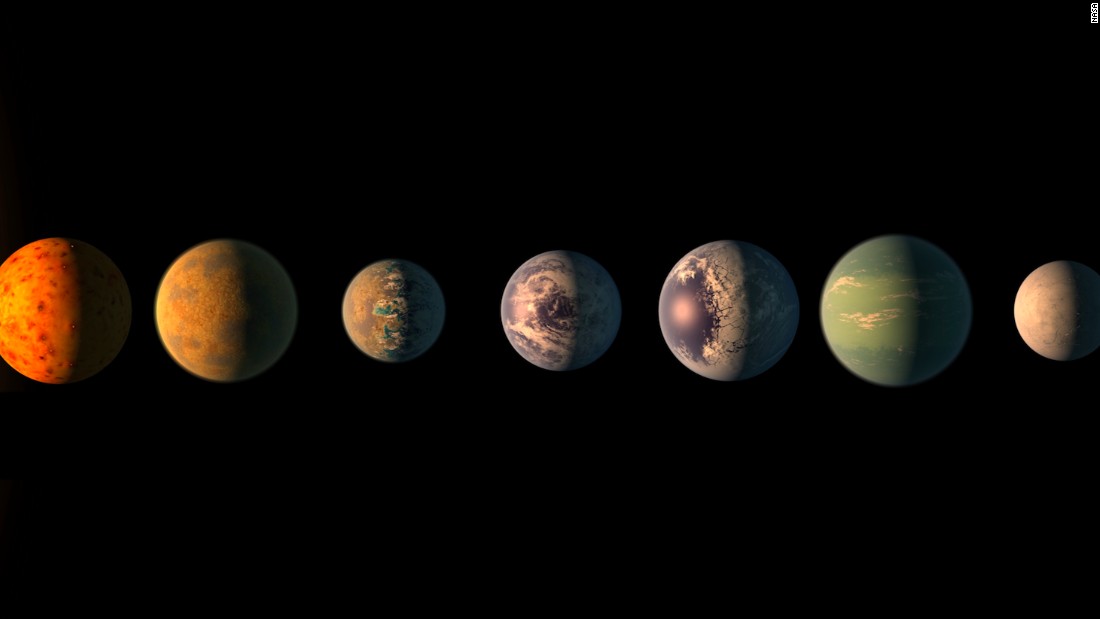 What is an exoplanet?

Standing on the surface of one of the planets, you would receive 200 times less light than you get from our sun, but you would still receive just as much energy to keep you warm, since the star is so close. It would also afford some picturesque views, as the other planets would appear in the sky as big as the moon (or even twice as big).
Like the moon, the researchers believe the planets closest to the star are tidally locked. This means the planets always face one way to the star. One side of the planet is perpetually night, while the other is always day.

The new studies shed more light on the star at the center of the planetary system, improve the measurements of the planets’ radii and masses, and report the findings of reconnaissance observations of the planets’ atmospheres.
The research confirms that, as suspected, all seven planets are rocky and not gaseous. Surprisingly, up to 5% of their mass is water. For reference, oceans on Earth account for only .02% of our planet’s mass. The water could present itself in different ways on these planets, depending on the heat and radiation they receive from the star.
TRAPPIST-1d, for example, is the lightest of the planets: 30% the mass of the Earth. This could be due to a large atmosphere, an ice layer or an ocean.
The researchers said the planets resemble Mercury, Venus, Earth, the moon and Mars, based on their rocky composition, radii and density.
Five of the planets don’t have an atmosphere composed of hydrogen and helium, unlike Neptune and Uranus in our solar system. Their data suggests, but can’t confirm, that the planets potentially have atmospheres comparable to Venus or Earth, but further observations are needed.
TRAPPIST-1e is considered the most similar to Earth. It is slightly denser than Earth, which suggests that it may have an iron core like our own planet. It doesn’t have an ocean, ice layer or thick atmosphere, and researchers aren’t sure what makes this fourth planet from the star so dense. 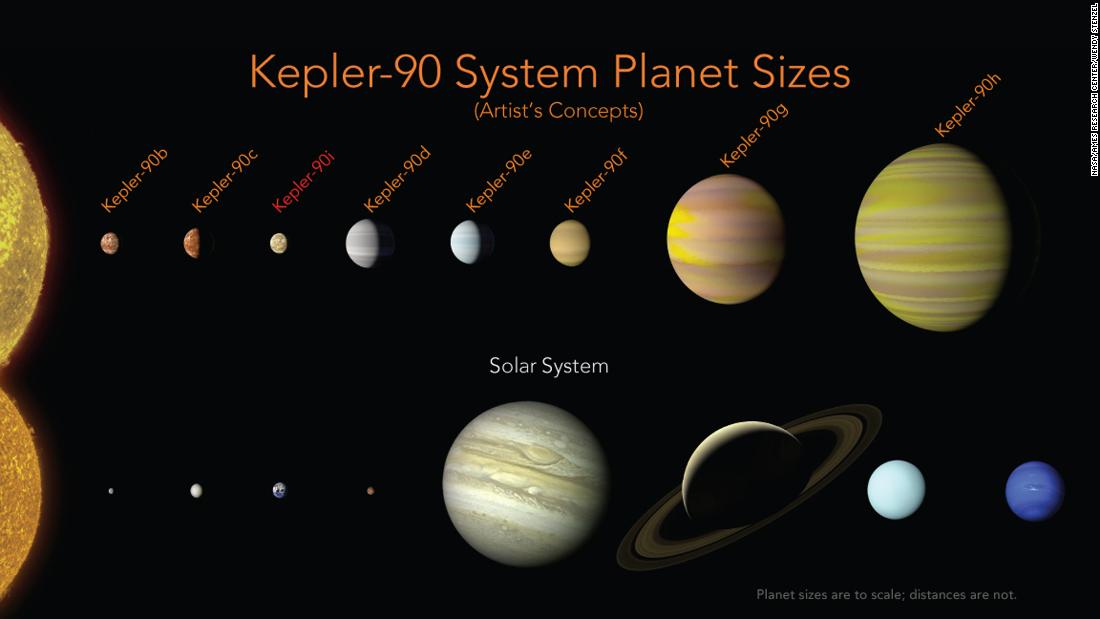 “With TRAPPIST-1e, it is the first time that we can precisely characterize an exoplanet with is most similar to the Earth in terms its radius, mass and the amount of radiation that it receives from its host star,” study authors Simon Grimm and Brice-Olivier Demory of the Center for Space and Habitability at the University of Bern wrote in an email. “This study allows us to determine the masses — and therefore the densities of the planets — much better than before. These two properties are the basis which are needed for further studies regarding the habitability of the planets or possible formation scenarios.”
TRAPPIST-1b, the closest to the host star, has a rocky core and a thick atmosphere. TRAPPIST-1c is also believed to have a rocky core but a thinner atmosphere.
Farther out, planets f, g and h have thin atmospheres and probably have frozen ice on the surface. When it was discovered, the researchers didn’t even know the mass of planet h.
But planets b, c and e seem to be the best candidates for potential habitability.
“We have here seven temperate and probably water-rich terrestrial planets, with three of them in the so-called ‘habitable zone’ of the star,” Gillon said. “It is hard to not imagine some liquid water on the surface of at least some of these planets! And as liquid water is one of the keys to life on Earth, the prospect for life around Trappist-1 is higher than ever.”
And when the James Webb Space Telescope launches, hopefully within the next year, most of the TRAPPIST planets will be on the Guaranteed Time Observations list. These observations will most likely happen within the first year of the mission, Gillon said.
The James Webb Space Telescope will be positioned 1 million miles from Earth with an unprecedented view of the universe. It can observe large exoplanets and detect starlight filtered through their atmosphere.
“Knowing the densities of a planets allows (us) to derive a model of the interior structure,” Grimm and Demory said. “It can be derived if the planet has a rocky composition with a solid surface or if the planet has a thick atmosphere or water oceans and ice layers. These properties are then further relevant for the question if a planet could be habitable or not.”

New questions raised and what’s next

The researchers still want to establish whether the planets currently have atmospheres.
“Because they are very close to their tiny star, they receive from it large amounts of X-ray, UV light, and charge particles that could have eroded their atmospheres,” Gillon said. “We have good theoretical arguments in favor of the possible existence of atmospheres around these planets, but only observations will tell us the truth. Without atmosphere, these planets can’t be habitable, whatever their content in water.” 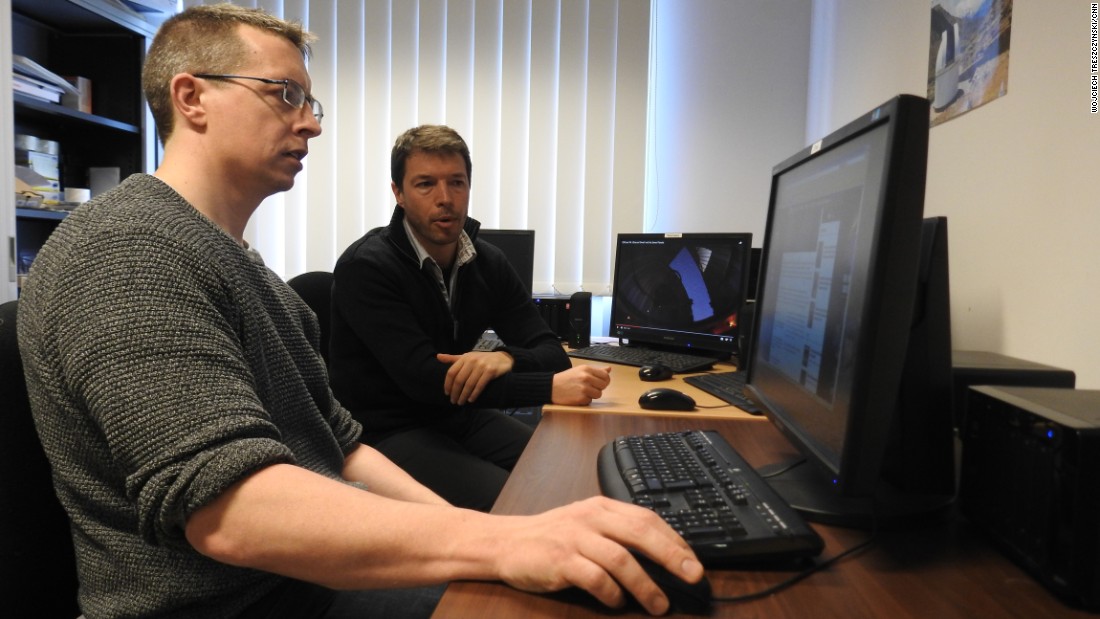 They also want to know whether their detection of these planets in the first place was purely out of luck. Though they have reason to believe that compact systems of terrestrial planets are frequent around ultracool dwarfs like TRAPPIST-1, they need to find more of them to be sure.
“This is exactly what will be soon doing our project SPECULOOS, which will observe one by one the 1,000 nearest ultracool dwarfs to detect around them any transiting system similar to TRAPPIST-1,” Gillon said.SPECULOOS, the Search for habitable Planets EClipsing ULtra-cOOl Stars, is really four telescopes based in Chile to survey the southern sky for this purpose.
The low densities of the planets that don’t have hydrogen-dominated atmospheres are also causing the researchers to question whether the planets have comet-like exospheres, said study author Julien de Wit of the Massachusetts Institute of Technology. These exospheres may be cloud-like envelopes of hydrogen that could be dissipating into space due to radiation from the star.
Before the James Webb Space Telescope comes online, the researchers will continue to observe the TRAPPIST system with ground- and space-based telescopes.
“Our goals are, notably, to improve our measurements of the planets’ densities, to detect first traces of atmospheres around them, and to explore the system for a possible eighth planet, or moons around the known planets,” Gillon said. “We also want to better understand the star itself.”


source http://allofbeer.com/potential-for-life-is-higher-than-ever-on-trappist-exoplanets-researcher-says/
Posted by Unknown at 15:42