Betches Love This College: The University Of Georgia 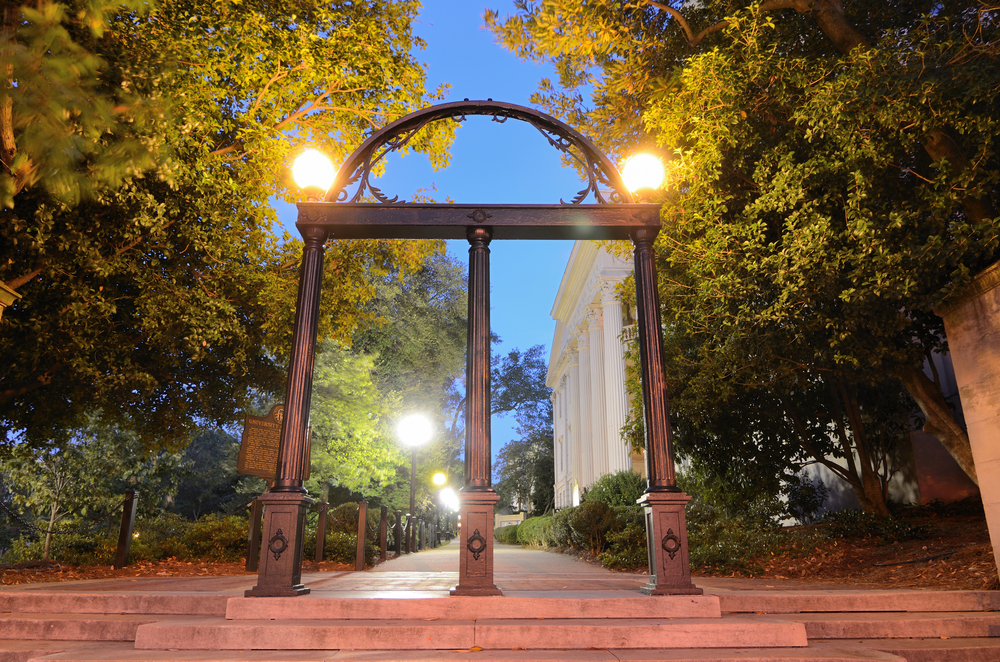 College is the best four years (five if you play your cards right) of any betchs life. No no. That wasnt a question. So in honor of college admissions season being like now, were bringing back Betches Love This College. That way, you can pick where to go to school based on important shit like parties and drinking rather than grades and what you want to be when you grow up. Youre welcome in advance.

In terms of where to apply, everyone knows Manhattanites go Ivy League (and Emory), while West Coasters love the Arizona schools. But what about Southern betches? Where tf do they go? The University of Georgia, thats where. UGA has all the cool shit Southern schools are known for like gorgeous people, insane Greek life, an awesome-ish football team, etc., but its also really hard to get into these days so you cant be a total hillbilly and go there. Sorry Alabama, maybe next year. So heres what you need to know.

Greeks: Given that UGA is a massive Southern university, its not exactly groundbreaking that Greek life is no fucking joke. In terms of whos who, you can put them into two categories: old row and new row. Your old row sororities (ADPi, KKG, Theta, XO and Phi Mu) pretty much have the Atlanta private schools on lock, plus rich Texas and North Carolina girls. So unless youre one of those or the worlds hottest legacy, youre not getting in. But dont fret, public school betches. There are a handful of new row sororities that are just as good if not better. KD, ZTA and AOPi are definitely the best. 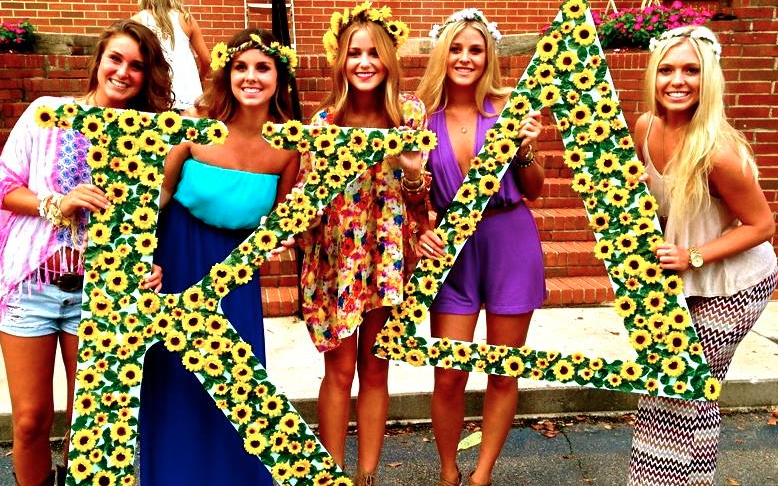 For the fraternities, theyre exactly what youd expect. Super fratty and douchey. Look out for pledges the first few weeks of school. Theyll be the guys walking around campus in suits who look like they want to fucking kill themselves. Poor kids. Before your 4-5 years are up, youll definitely want to be asked on Old South because who doesnt want to get wasted in an antebellum dress? So make nice with the KAs.

Orientation Leaders: You know the girl in high school who was the head cheerleader, volleyball captain, class president, valedictorian and still managed to volunteer at the local nursing home on the weekends? Yeah, this is what she becomes in college. There are guy OLs too, but that didnt work with my analogy. Every year, 12 people are picked from the entire 30,000+ person student body to help the freshman figure shit out before move-in day. If Taylor Swift had gone to UGA, she probs would have been an OL. Seems like the type.

Hipsters: Besides that Travelocity commercial and being the worlds greatest college town, Athens is a pretty artsy place. Most importantly, it has a kick-ass music scene, so what does that mean? Hipsters be flocking so they can see musicians before they go mainstream. They leave town during home games, hate the Greeks and smoke a lot. Theyre probs photojournalism or lit majors and arent involved in anything on campus because thats for the stereotypical norm. Fucking duh.

Athletes: If youre not one of first three, youre most likely a student athlete. Football players are easy to spot because theyre the massive, Nike-clad guys who ride around campus on red vespas. Have you ever seen a linebacker on a scooter? Its a sight. But tbh, no one really gives a shit about seeing football players. Too common. The athletes to be on the lookout for are the Gymdogs, UGAs badass gymnasts, and Olympians. UGA had like 30 people compete in Rio and they won 10 medals. Thats more than most countries. Pretty fucking impressive. If you see any of the gold medalists, be sure to get that shit on your Snapchat story.

Freshmen: All UGA freshman are required to live in the dorms. Just a heads up, these arent the dorms of Buckingham fucking Palace you see on Pinterest. The box my Tori Burch riding boots came in is bigger than these. But suck it up. Its just a year. In terms of the best dorms to live in, the high-rises are the only way to go. There are a shit ton of other dorms around campus that are nicer, but only weirdos live in those and they arent as fun. Youre here to get shitfaced and meet people, not for the Ritz Carlton-esque amenities.

Sophomores: Assuming you go Greek, and I feel like most of yall reading this will, you move into the sorority house your second year. UGA sorority houses are mansions and can house about 60 girls so hopefully you dont need much alone time. The upsides? You have a chef who cooks all your meals, maids and maintenance people to fix things, and theres always something fun going on. The downsides? No alcohol in the house, no boys upstairs and if you eat all three meals everyday youll get fat.

Upperclassmen: If freshman and sophomore year wasnt enough to get the batshit crazy out of your system, you move to Georgia Heights. This place isnt disgusting like a frat house or anything, its just in the middle of downtown where all the bars and restaurants are so if you live here, youll end up going out every single night. Rent is high because the location is fire and the apartments are super nice. If youre more of a chill upperclassman, you and your friends should rent house in Five Points. Theyre close to Milledge (Greek row) and the stadium so theyre perfect for hosting tailgates and wine nights.

Pauleys: Every night out starts at Pauleys, a crepe bar that serves a billion different beers on tap and insanely cheap bottles of wine. Tbh, no one really goes there to eat, although at least one person at the table will order the chips and Terrapin beer cheese dip or a Nutella banana crepe. The real gem is the Manmosa, which is just a mimosa plus vodka. Aka a regular betch mimosa.

Bourbon: Its technical name is Bourbon Street, but dont call it that or youll look like a newb. This is the closest thing to a freshman bar Athens has. Why no real freshman bar? Because the only places that are 18+ are sketchy af and no one goes there. Im not going to go into the deets about what you need to have in your wallet to get into these 21 and up bars before youre actually of age because I dont want to be liable for your law-breaking ass, but I think youre picking up what Im putting down. If not, talk to your big. Shell hook you up. Back to Bourbon. Its a total shit show because freshman who cant handle their liquor take over the place. But its a rite of passage and its always rated one of the top college bars in the U.S. so if youre in Athens because youre a student or just in town for a game, you have to go there.

College Ave: Along this stretch of downtown are three bars you need to know: Sandbar, City and Silver Dollar. These used to be considered upperclassmen spots, but now you can find pretty much anyone there. Because there are so many bars in Athens (80 in one square mile for all you mathematicians), no one just stays put in one place the whole night because that would be boring. Since these are literally all right next door to each other, theyre super easy to bounce in between when you need a change of pace. These are the places to see and be seen.

Creature Comforts: Besides being one of the best breweries in the whole damn country, Creature Comforts downtown address makes it the perfect spot to pregame a night out or day drink instead of going to class.

Shower Cap: In the spring, all the fraternities host huge parties so everyone can cope with the fact that football season is over. Literally every frat has one, but SAEs Shower Cap is the biggest and best of them all. Tbh, I have no idea why were all so obsessed with it. Its just like hundreds, maybe thousands, of blackout people on a fraternity house lawn, but its amazing. Theres always a band and the people watching will give you life. Twilight: Every year, Athens hosts this crazy bike race called Twilight in the middle of downtown. Three reasons why everyone loves it: 1) This isnt like you and your first grade bestie seeing who can get to the bottom of the hill first. This race is some Lance Armstrong level shit. 2) Its always right before finals week so everyone gets drunk af because theyre actually gonna have to study soon. 3) Open. Container.

Georgia-Florida: All of football season at UGA is a big event, but theres nothing bigger than GAFLA. The school literally plans fall break around it because they know everyone would still bail on class if they didnt. Every year, the game is played in Jacksonville, Fla., but instead of staying close to the stadium, UGA students stay a few hours away in St. Simons. Why? Because its bullshit that its in Florida every year, and Georgians want to keep their tax dollars in state. Im not even kidding. Thats the real reason. The Friday before the game, the entire student body takes over a stretch of beach aka Frat Beach and has a massive cluster fuck of a party. The residents of SSI hate it. The university hates it. But despite their many attempts, theres nothing they can do to stop it.

source http://allofbeer.com/2017/05/30/betches-love-this-college-the-university-of-georgia/
Posted by Unknown at 15:38